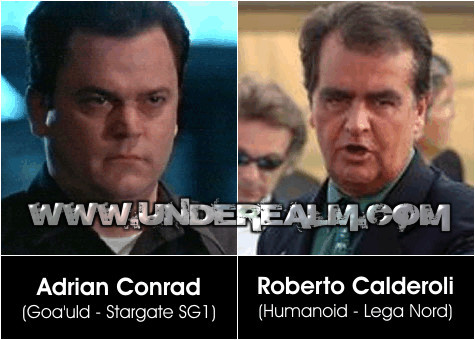 I was wondering wether those two are father and son. Or maybe if they are the same entity. Does anybody know anything about it? 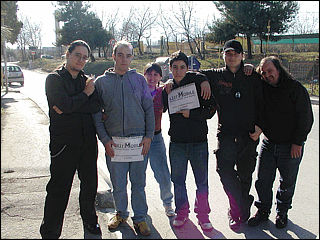 Now, before most of you $!#%£ come around swinging axes of vengeance, both title and lyric have been changed, and they don’t even share the same song.

It’s been days I’m carrying a nervous anxiety which is literally tearing apart. I believe that going on like this I will have a nice heart attack due to stress. I’m trying to draw lines and a future path to walk on, but I don’t like what I got now, what I could possibly have in a future, neither what I left behind.

I know that I’m maybe too idealist, but is it the dreamer’s fault if the whole world has decided to stay awake?

Every day I wake up and each and every time I think of the opportunities this life offers me as of now:
1 – Keep doing a job which doesn’t satisfy me just cause it pays. And all in all, considered all the growing expenses, not even that much.
2 – Drop everything and look for a honest job as janitor. Because anyway in Italy, if you don’t know people (or if you don’t want to use the ones you know) you can only do that. I have no crime records either, so I can’t become a politician, of course.
3 – Load the guns, visit each and every one who betrayed and ruined life of my whole italian generation. My life would be probably utterly ruined, but I would face jail with a smile on my face knowing that, vengeance aside, it helped someone.
4 – Emigrate to the USA as a programmer/tester/web developer. The problem is that most of these companies want a Bachelor Degree in “Computer Science” or comparable. Which leads us to the next point.
5 – Start with Computer Science, ask for the commutation of the exams I held in Computer Engineering, and quickly finish the course up. There’s a thing to consider though: probably by the time I would finish, Italy would already be screwed worse than Argentina, so I probably lost the right time to do this.
6 – Suicide.

As of now, the most valued hypotesis are the third and fourth, even though the sixth comes back from time to time.

Several times I desired and requested to be stupid, to have no talents or no skill whatsoever. Ignorance is a Bliss. Not being able to do anything, to be stupid as a beast, but all in all being happy. But no, that would be too easy. I always have to look for a job which can give me personal satisfaction, it’s just not enough that it pays.

Sometimes I can just swallow all of this and keep going on, but I can never do it for too long… I just can’t…

Maybe I just have to convince myself and realize I’m just a random asshole.

PS: If you’re interested, the picture is taken from a new picture gallery. Yeah, I know there has never been one. Maybe I will start soon making this website my repository for real… who knows…

I’m lost. I know I should be some place around, but I just can’t seem to find myself back again.

Im quite not “In the Mood” (just like the song) in this moment in time. A time quite strange, busy, and a little depressing.

There’s people who works a lot around, who really works his ass out making some job nobody is able to do, either nobody wants to do. Nonetheless, that very same man does it seriously, because at the end of the day, he does it for something he likes. Uses his own free time, his own energies, and in part even his incomes. And, trying to do what he should the best he can, does what he can do best: “thinking ahead”. To think about what will or won’t happen in the future doing or not doing something today.

Some other people though, doesn’t or doesn’t want to understand. People fight, people separates, people kills each other, people leaves. And at its best, a step toward being complete, future shatters. A so close future to be at reach of hand becomes all of a sudden far, far away. Such is the delusion due to such behaviours that you lose every sort of enthusiasm. For whatever reason should someone work when someone else, out of nowhere, decides that it’s not worth it? People complains about few participation, when they’re the first ones who just couldn’t do it. People who complains about not being heard, when they never stop for a second to think others point of views, or doing so just a second before shooting everything they had to say, much like an excuse. People who wonders if it’s better to go or to stay. Answer to that, obviously, is always the same: “go”. I won’t ever change my mind, so just go.

Still, never look back, because it’s not that sure that you have a place to go back to anyway. Even if that very same person worked further on that job as usual, improbable thing, and that has built something more and more important, possible thing, is probable that the only thing he wants from you is that you go straight to hell. Could you really blame him?

And in all of this there’s people who comes and people who goes, people who stays for a moment, quite just an instant, to just get away for immemorable time. But time passes, people goes on, evolves, while that same people lies quite still.

And mind wonders toward it’s own recent past: “official” work, fun done “for fun”, worries about things done good for everyone… nonetheless, understanding how much it’s been done in vain. How vain has it been to waste own time for people who doesn’t worry about keeping a small amount of time for the sake of the community. And, just like in worst nightmares ever, asking ownselves why? For whatever damned reason?

Answer is simply though: none. There’s no reason to that. Nothing worth keeping fighting for.

After whole days of meditation, and almost for a strange coincidence, I decided to do this penultimate step. A penultimate step toward egoism. I came to the conclusion, that if it’s actually possible for everyonw to ignore everything for an amount of time they think right, then it’s aswell right for me to get myself an amount of time to ignore everything and everyone. Little that you know, that amount of time will be eternal. Maybe though it won’t be enough to pay me back of what I’ve been through.

In this period of emptiness I often stopped thinking about lots of things. About loads of realities’ little sides of view. I was feeling, at least in part, alone. But contrary to what I could have ever believed, I was feeling good. I felt empty, but free. Unmotivated, but owner of my own time. Maybe it’s a little thing, but it could aswell be a good start. A good start toward constructive aloneness.

Anyhow in these last few days happened quite some strange things. People I believed lost, like a forgotten shadow relied to past, came in with unexpected happiness. People who removed me almost-literally from the “people living this world” came back to visit, just like you would expect from long-time friends. Without any reason, and best thing, without any double crossing. To them, just like it’s been for me in the past, is a way to say “purgatory is over, you can get back to heaven”. And in this situation, even quite literally aswell. Of course, I wasn’t too happy myself to get back there back then (and maybe I still am not), just as much as a devil can love his own hell, but this is also why it caught me unprepared, but nicely.

Another happy fact has been reading today the horoscope of a few days ago. Translating the best I can: “Don’t listen to suggestion someone would want to give you no matter what. He could do this in good will, but he has not all the elements to judge the situation”. My suspects here is that he’s talking about Mad. Go for theory, yay!! Remembering some past discussions, it comes to my minds some old ’80s trash movie. A little guy asked his father to explain him the difference about theory and practice. The father then got out with him to find a public phone, called his wife and asked her faking his voice: “I’m doing a survey here: if a man would give you $1,000,000, would you have sex with him?”, and his wife answered “Of course”. He then called his daughter asking the very same question, and his daughter answered just like his wife. He then said to his son: See? In theory, we are millionaires, in practice we have two hoes in our house. Think about it. Or not, as it doesn’t matter anymore.

A sad memory came back to my mind, or better, a sad chain of past memories. I remembered of the past “jobs”, and I’m not talking about last times here, I’m talking about last decade (that’s 10 years, you morons!). Having found myself, willing or not, heading whatever project, I always worked hard to bring it to completeness and to make it progress. No matter what, at a certain time, someone held back. Someone decided that it was better to find something else. Somebody decided he didn’t fit it. Everybody, all together, decided that all my work on it has been done in vain, be it now just like yesterday.

And it’s for this reason that today, really more than yesterday, I feel dead. But the difference with the last times I said and felt I was dead inside, is that this time I really am. In those old times, I still had a fire burning inside, which is now past gone. If we would be in a fabler Final Fantasy, I seriously doubt anybody could cast an Areiz, at maximum they could cast a simple Reiz which would last until next, close death. And even if this was possible, it’s strongly probable that just like in a more cartoonish World of Warcraft the offer would be gently declined.

Vanished tears. Like never before in dozens years. But the more I was shedding tears, the most I realized that such tears I never cried in my whole life. I lived more than fifteen years without being able to drop a single tear, not even if I’d liked to. Without dropping a tear for my dead grandma. Something touched me deeper than that. Alone, in a dark corner, screaming without any voice for a pain which gives no rest, a pain so deep and true that you couldn’t even feel its presence. Feeling just a sudden emptiness which causes an unstoppable desperation. Silent sufferings, desperate screams and tears entrusted to the wind. Nothing more could I have done. Nothing more I was able to do.

You lived with me almost 14 years. But it didn’t have to stop here. Not like this.
I lived so many years, and shed so many tears… But never like this. Never before.

Dude, I totally miss you
I really fucking miss you
I’m all alone,
All the time, all the time

Dude, I totally miss you
The things we did together
Where have you gone?

Rest in peace, Max. Even though you didn’t deserve a death like this.