If you’re like me, you’re probably playing on PC. And you also probably have a pretty strict modem/router/PC ruleset. So you probably can’t use the Xbox Network properly.

Remembering the good ol’ day of Xbox 360, I tried to port forward basically anything, to no avail. Why though, I hear you ask? “Because teredo” is apparently the answer.

I’ll leave the explanations to the ones who know why — hint: nobody really does and I’ll get to the gist of it:

Apparently that suffices to makes yourself open to the services. If you open an administrator terminal, you should be able to see something like this, if not, you might need an ipconfig /renew:

The most ridicule thing about this? I actually have native IPv6, I don’t need the teredo tunneling at all…

I grew up without any Metal Gear in sight (except for the VR training of MG:S), and generally avoided it altogether for no apparent reason, but it just got up to a point lately, possibly due to MGS5:TPP where I finally gave in and declared time to explore the entire franchise in a row. I wanted to start from the  — I stand corrected, as they were initially released for MSX2, even though a slightly modified version for NES does exist —, but I’ve been repeatedly told not to, so I started from MG:S.

As I keep playing through the games I’ll keep updating this post, my conclusions and reasoning, and as a wise man once said: “it’s not over, ’till it’s over”. So let’s get crackin’, but first, an image of NES MG, courtesy of wikipedia:

END_OF_DOCUMENT_TOKEN_TO_BE_REPLACED

I’ve played the entire campaign on Death March! and done most of the achievements, except a few ones secret or grindy (listed below) that I completed after finishing the game. I decided to toss out a few tips that could speed up the process.

I don’t know why this achievement is hidden, I only discovered it while close to the end of the game. You “simply” have to counter-attack, attack, throw a bomb and use a sign. I did it in this very order, but you can mix it up as best suits you, just do it all in less than 4 seconds.

This is the most time intensive one. There are a lot of guides around the web, like the VG24/7 or the gosunoob one. The problem is that THEY ARE WRONG. One example above all: you don’t lose cards bedding people.

You play people all throughout the game. The first time you win with a certain person you get a random card from a fixed pool. If you are in this position (when you play a new person but it gives you money only) then you probably missed some of the vendors. A lot of websites (all of them) say that a few cards are available from Midcopse, but this is wrong: the vendor they are referring to is in Lindenvale. Another vendor you could have missed is the one freed in the Bandits Camp east of Oreton, that you will find later in Claywich.

I had to kill him a few times to get to level 35 for the Munchkin achievement, but while at it (in Death March! difficulty) I thought of going further and combining the grind with the Overkill achievement. The cyclops has enough HP to survive several blade slashes (with 15% chance of bleeding), followed by poison bomb(s) and Igni (with 5 points in Melt Armor). Do it 10 times (sometimes you can do it twice on the same cyclops) and you’re done.

The best place for these achievements is in Velen, specifically Devil’s Pit. There are several human deserters, high non protected ledges and, most importantly, they all respawn when you change map. If you kill them all, move to another map (Skellige / White Orchard / Royal Palace of Vizima), and then move back, you will find everyone there and waiting.

There are a few people using the door glitch (pull them, move back past the gate and they won’t get to you). Some use Axii to stun them and have a better shot. I found out that the best way was to face them and place a bolt in between the eyes. I had about a 90% success rate with this method, it’s all in getting up close and personal.

I remapped the crossbow/item key from Middle Mouse Button to the key left of 1 on the keyboard: in my case \, ~ in the EN keyboards. Remember that while aiming down the crossbow you can still move, so it’s easier to aim and slow the time down from a moderate distance and then getting close and shooting the bolt.

Do this 50 times and you too will be done with the most boring grind in the game.

So, apparently I will buy Pokémon Omega Ruby, which is going to be my first 100% owned legit Pokémon game. I don’t exactly know what triggered the eagerness to grab a copy, but matters not.

I’ve been taking some random screenshots lately and decided to post a few. 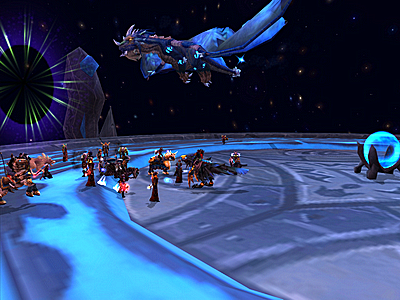 Malygos’ Vortex
You can see on the sides his wings are skinless. He’s all bones :< 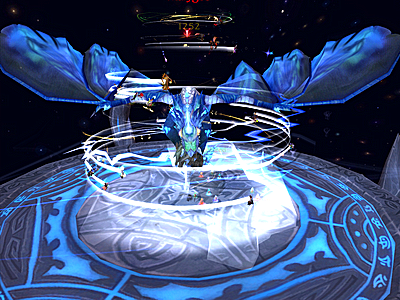 Malygos has just got pwnd by 10 allies 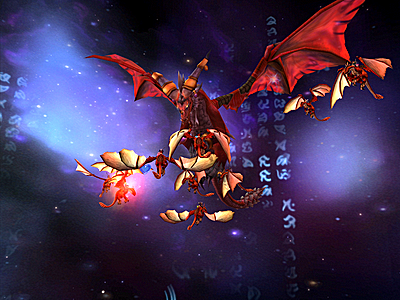 Malygos has just got pwnd by 25 allies 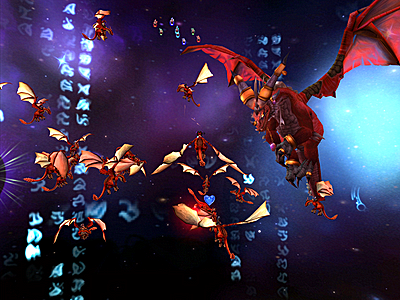 Fluffy Yeti, also known as Icehowl got a bad headache
Just too many walls. 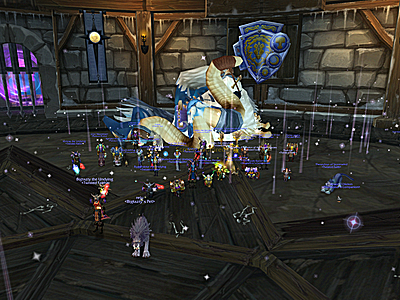 Lord Jaraxxus has just got flamed and decided to leave zeh intertubes
Grindhel just didn’t care, showing his butt to the camera 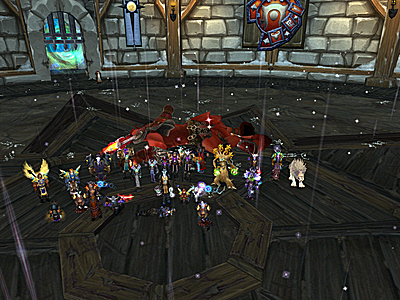 Extraordinary bonus: my druid riding in the sun 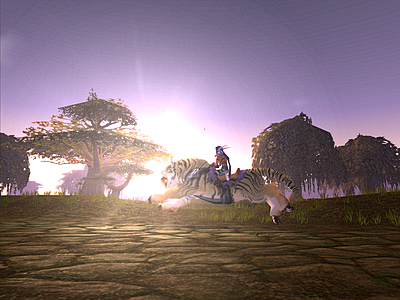 Yesterday I had the EMG test. Painful as planned, although I’ve been lucky as I could have get a 20cm needle in my muscles. The electric shocks kept me jumping from the chair, but anyway.

The little bastard nerve is quite self healing, probably was just stressed out due to god knows what. Over a few weeks it should get back as new, or so I hope. Also apparently there’s no need for surgery.

I’m close to getting back to normal. Hooray!!

It’s about time to tell you guys what’s currently happening to me.

You probably noticed I’ve not been around ingame much, and/or you are waiting for the DoR website to come up.

The fact which is refraining me from both atm is a personal injury: my ring & little left fingers are on a road to a (temporary) complete paralysis, which is obviously giving me a lot of troubles to even write this message.

I have the first diagnosis  visit scheduled for 15th of December, and hopefully the surgery operation will come shortly after it.

Bear with me a little longer. It’s not like we’re missing epic raids anyway, right Blizz? 😉

I’m about to start the NGMP Foundation: No Games for Mindless People.

I’ve always liked video games, from developing them to enjoying playing them. I liked the stories, the development, the ideas behind the games themselves. Then suddenly, everything started to collapse.

I was fine with the idea of giving casual gamers a great chance. Say, new instances hard as hell, requiring attunements and stuff, then nerfed and removing attunement after some months. It wasn’t that nice for hardcore gamers (hay! don’t give cookies to casuals), but overally was acceptable.

WoW now has become so sad I almost don’t play it anymore. After the rush in buying it I found out raiding is pathetic, mostly trivial, which saddened me. A lot. Even though I was struggling with raiding back at the times, I was fine with it, because it was challenging. It was normal. It was supposed to be so. Then the nerf came, and I was like, “fine, there is new hard content up, it’s ok to give free cookies to the late comers”. Then the expansion comes.

I was expecting some challenges. I found out that while I was trying to improve myself to be a better player, “no wait they nerfed everything no need lulz”.

Yes, they nerfed it too. Hey, what do we need a master for? Let’s roll and follow a table. Dungeons & Dragons without a Dungeon Master. It’s like playing Chinese Checkers in two. Doable, but where’s the fun?

Personal opinion on the matter

Nobody will ever say that games shouldn’t be more accesible to the public. But in these days, I’m finding out that working is more fun than actually playing. And I wish I was kidding. Money is making companies forget that no matter the player base, what keeps paying the bills are good games. Take out Crayon Physics Deluxe for example. It’s one of the most awaited games ever. I’m even planning to buy a couple copies to send as gift and play it on my 20″ Cintiq.

No matter what the companies are more and more pushing toward the “I haz no brainz plz feed me” market, which is pretty wide, and forgetting that they made some good money starting with the people they should mainly think about. Natural Born Gamers.

We all know how this is gonna end. With a lot of real gamers who would like to play a game and finish it in just more than a-hour-because-time-has-changed-people-has-no-time-so-I-want-it-easy-and-quick-omg-I-just-finished-it-lulz. So called hardcore gamers will hate even more casual gamers, because they basically stole them the fun. Repeated complainings have brought the game to such an easy level to be ridicoulus for the good ol’ gamers. Which is only natural, but still sick in the way it has been done.

I’d like to end this harshly with an italian sentence: “Ma perché non ve ne andate ‘m’pò a fanculo?” (Why don’t you just go fuck off?).

It should pretty much state clearly what’s on my mind as of now.

It took me some time (a few days actually) and a bit of luck (and steady reflexes) to get my dirty hands upon a collector’s edition box (actually menaces also worked for me here).

I would also like to say sorry to the poor ally bloke from Jaedenar-EU who was like 15ms late reaching the box. Sorry dude, I think about you all the time while I play. Honest.

No, maybe not XD

Anyway, there are quite a few interesting things in it. Too bad it’s overpriced, but hey, that’s quite normal methinks. For the ones who don’t know already, Collector’s Edition was worth a whopping €70,00, while Standard Edition was €35,00. And no, I won’t mention the €0,01 change you get back 😛

Back to the Collector’s Edition Box:

Isn’t that enough to pay double the price? Probably not. But still I did, who cares.

On a side note the Nihilum+SK team 25th November guild already cleared by a day or two all the PvE content out to date. Leaves me wondering.

Screen, or it never happened.

Here’s a [LinK] to a high-def version. That way you can actually see that account names are different and the key is just the same.