Video, or it never happened.
Yes, I came to the conclusion I can’t keep my mouth shut any longer. Blizzard is probably still busy with the expansion, and I bet my socks they won’t spend any time fixing a security flaw nobody knows about. Which leaves me to options: wash my hand or inform the crowd and tell them how to prevent such a tragedy (been there, done that). First off, let’s start with the e-Mail I’ve sent to the Blizzard.

Reference: http://forums.wow-europe.com/thread.html?topicId=6365388840&sid=1 So, basically I don’t know how you could ever mess up a thing like this, but ok, let’s explain. Once you fire up the Blizzard Authenticator, you paste it in the login screen and that’s it, the number is saved and it can’t be used anymore. Also, if not used within a certain time will eventually expire. And we all know this. The problem is, how did you implement this? Once you use the code, it gets saved to the account. And that’s what screws up the security. As long as you have a single Authenticator for a single account, you’re safe, but when you start to use a single Authenticator (as you all suggested aswell) for multiple accounts, you are screwed. Example: Account 1, generated code 123321, I log in and write the code down. 10 minutes later, Account 2, another generated code 321123, I log in. 20 minutes later, Account 3, 123321 or 321123 doesnt matter, I log in. Or Account 1 with 321123, or Account 2 with 123321 for the matter. It doesn’t matter, they all work. This is where your problem relies. You didn’t do the right thing. You didn’t have to save the generated codes by account, but by Key ID instead. If you don’t all the valid keys generated (and logged) for an account, may be used on the other account to. Authenticator beated by a keylogger, that’s the most ironic thing ever. Here’s the deal: when a user logs in check the Authenticator ID saved with his account, and then in a new table save the code by AuthID, and not in the account data. This will probably increase collisions, but better having collisions than hacked accounts, don’t you think? Looking for an early reply. Sincerely yours, Skizo

Now, you’re also thinking “so, you got an answer right?”. Excerpt from the automatic response:

Due to the volume of email received by the Hacks & Anti-Piracy team it is not always possible for us to respond to each report individually and this may be the only email you receive from us regarding this matter.

As you can see my only option was either to wait an e-Mail that would never arrive in the frightening that by the time it’s fixed it’s already too late, or spread the informations. With a journalist blood in my veins, I couldn’t do any less than this, I’ve already waited too long. So, in short, what has all this have to do with me? On to explain.

The basics of Blizzard Authenticator

Blizzard Authenticator, just like any other key-generator of its kind, works like this: generate a code, using the code, making impossible to use the same code once again. This prevents hacks due to keyloggers, because even if the hackers have your username & password, they can’t pass the final test, which is a one time generated key. The BA does just the same. The problem relies in the way it’s been realized. If you have a single account and a single BA, you are safe. Sleep tight. If you use multiple accounts like me, you’re not allowed to sleep tight. Where did the security break? If you didn’t understand by the mail above I’ll explain in short terms:

This means that if the hackers become fast enough, while you log in on your main account, they could send through the net the generated key, and use it with your other account to do what they should. Sure, it requires some timing and some good skill, but I don’t think that’s a reason to be relaxed. There are some workaround for this though. The first would be to make Blizzard fix their tables (as in data storage system, not furnitures). It should work like this:

Since this it’s unlikely to happen in a near future (you now, multinational corporations…) I came up with a couple suggestions that I use and may fix your problems most of the time (there are a few exceptions I’m aware of myself, so I know these are just temporary fixes).

There’s not much more to do. I personally use the second method described above. The only thing I ask you at this point is to share the word. The only way to be safe in this world is to know what surrounds us. If you know where the problem relies, you know how to fix it. At the same time, if people get to know where’s the vulnerability they get to know how to get themselves safe. In the hope it’s not already too late.

Yes, all caps. I’m unpolite. But really, FREAKIN’ ZOMBIES EVERYWHERE. It’s the beginning of the pre-WotLK event. And this time I will be there.

For the Blizzard Authenticators matter, I just talked today with Blizzard and told them what I had to. I will deploy the news in 24-48 hours. 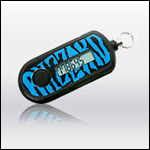 Today I decided to warn Blizzard about the security flaw in their “Blizzard Authenticator” implementation.

As a couple of you know already (literally a couple) I have found a way to bypass it. Should a hacker find the same method I discovered, it would make those authenticators close to useless.

For the moment Blizzard decided just to ignore me, which is eventually making me upset.

I don’t know as of now if or when I will disclose the news to the public, but if Blizzard keeps ignoring me that shall happen soon. Very, very soon.

Update: it seems that my last comment (and one of the repliers) have been just trashed. Total replies: 2, only comment visible: mine. Oh, Blizz, that’s a no-no.

Update #2: They eventually answered and showed it all back. Stay tuned. Moar updates soon.

I’ll cut it short and rantful. Hoomins are now useless.

What that translate it to?

And all you naysayers too. I give SHIT EMfH it’s not a trinket, the only thing that a human could use to fight against stealthed (or better, to prevent terrible stunlocks 100-0) was Perception, which has been basically taken away. Rogues can easily get off with poisons + double stun after the ability has just been popped. Difference is that now we’re fucked up. So go die in hell if you think otherwise, careface.

I know guys, you’re all thinking “another frickin’ batch-update?”. At least the ones of you who give a damn.

Well, to my excuse I should note all the yearly events or pre-WotLK preparations we’ve been doing. Example:

How to achieve that you ask? Well, just kill everyone in Booty Bay until you get hated with Booty Bay (and the whole Steamwheedle Cartel by the time you finish), and friendly with Bloodsail Buccaneers. Pretty arse, but the Parrot is great. Harrr.

But this only took a couple nights. This is what kept us busy for the whole Brewfest time:

That took us a long time. And for the matter, last mount got us dubbed ‘ninjas’ for a misunderstanding with a rogue, go figure.

MOAR is to come soon, especially for locks and the users of my addons.

Just to pick up the pace once again, I’d like to share a couple videos I took a long time ago in my Northrend trips.

Behold! The ship! And carrots. On a stick! ’nuff said.

If some of you got an epic flying mount, then probably knows that if you get to be shot a fireball/shadowbolt/anything like that while you’re at full throttle, the little thing will keep following you forever and ever (the speed of those things appear to be around 280%+10%). Blizzard took it one step further: while roaming in a camp, I’ve been thrown an axe, which apparently can’t beat the 100% speed barrier. Poor axe.

I gave my word to Tiamat that I’ll be posting this video, so here we go: L70ETC – Power of the Horde (Live from BRD).

Some people have been wondering where did the name DeathIncarnate came out for me, so I thought that it was a good time to explain it up.

That nerdy gf of mine uses to roam around “zeh interwebs” looking for some random stuff. She eventually stepped inside the blog of a Holy Priest, read a funny article and made me read it too. Aside the fact it was actually funny, I’ve been sometimes dubbed DeathIncarnated ever since.

That means that while TankMaster is getting healed, so is FidoPet, OverzealousMage, and DeathIncarnate, the warlock that’s already killed five mobs, and is wondering what’s taking the rest of you so long.

[Source]. The part which made us laugh as hell, was the fact that just 2 days before we had to farm some Clefthooves, and so we did. While she was killing one mob I random DoTted 4-5 of them, and when she was finished killing her first I already started with the 6th. And, in addition, her brother who just stepped in called her useless, laughing at her DPS.

The “Egotistical Priest” has also forged another term. So if you want to know who the Holy Bowler is (Draenei Paladin actually), you should really read this. Or not. It’s not like I care either.

If you ever played with me in WoW, then you probably know that one of my greatest regrets of playing Alliance is that I can’t have a kodo. Or is it?

Brewfest came (more on it later), and kodos came along. So I’m very proud to present you my own personal [Great Brewfest Kodo].

I went out exploring today, I thought “hey, I could do it without references”, only to find out that the flight paths are so strictly connected, that if you miss a point you won’t be able to fly anywhere.

I looked a bit around the web and immediately found this: 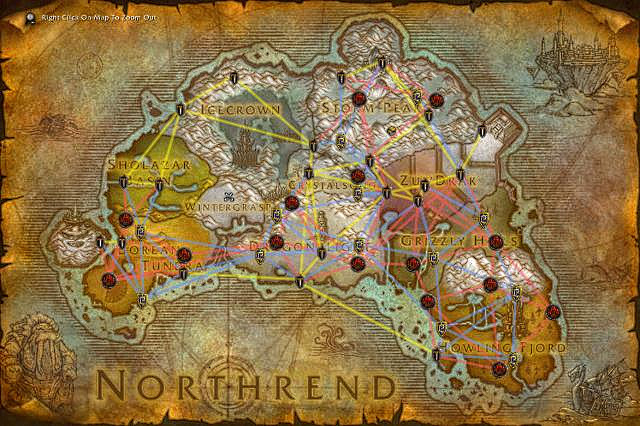